1857 - 1903
a.k.a Edna Lyall. Ada Ellen Bayly was born in Brighton at No. 5 Montpelier Villas on the 25th March 1857, she was the youngest of 4 children of a barrister of the Inner Temple. Affectionately called Ellie, she had a happy childhood with her brother and sisters, holidaying in a little village near Brighton and Farnham. In 1884 Edna moved to Eastbourne with her sister's family when her brother-in-law became a curate at St. Saviour's Church.

Ada Ellen Bayly was born in Brighton at No. 5 Montpelier Villas on the 25th March 1857, she was the youngest of 4 children of a barrister of the Inner Temple. Affectionately called Ellie, she had a happy childhood with her brother and sisters, holidaying in a little village near Brighton and Farnham.

Her school days were of a mixed experience, she described herself as not very good at arithmetic and hating grammar but often got lost in her own daydreams which she wrote down as she always had a love for stories, she always dreamt of writing books and kept a notebook with her to jot down any anecdotes that happened throughout her day- some of these anecdotes would later feature in her novels, she also had a great love of music and was deeply religious.

Aged 10 she contracted and survived measles but the disease caused trouble with her eyes and left her in a ‘delicate nature’, so she was sent to live in the country for about 2 years with her Aunt and Uncle in Caterham. She lost her father just after she had moved to live with her aunt and uncle and returned home to Brighton as her mother had become quite ill, the family had now moved to Denmark Terrace after outgrowing Montpelier Villas. Her mother died when she was 14 and, in 1887 on hearing one of her sisters was to be married, the family home in Demark Terrace had to be given up, the younger siblings were allowed for a year to live under the chaperonage of a lady in the family home, but Ellie requested to move to a boarding school in Sussex Square, she spent 2 years there before moving to Miss Chapman’s school in Dyke Road.

When Ada was 17 the second eldest of the sisters were married and it was arranged that the 2 youngest should make their home with the eldest sister at Lincoln. Although Lincoln was her home, she was constantly travelling, paying visits to her many friends and relations. She often stayed with her sister at Beccles, or with her cousins in Farnham and visited her uncle and aunt at Caterham. In 1876 she went to Wales with them which she kept a journal of. In some of her letters she describes the parish work she took up in the poorest part of Lincoln.

In 1880 Ada left Lincoln and moved to live with her sister Mrs Jameson, this was for a time in London, she also visited Italy with her friends and again in 1881 spending Easter there. The family came to Eastbourne in 1884 when Hampden Gurney Jameson, her sister’s husband, became a curate at St Saviour’s Church; he was later to become the first vicar of St Peter’s, Ada lived in the family house in College Road until her death on the 8th February 1903 aged 45, she never married. 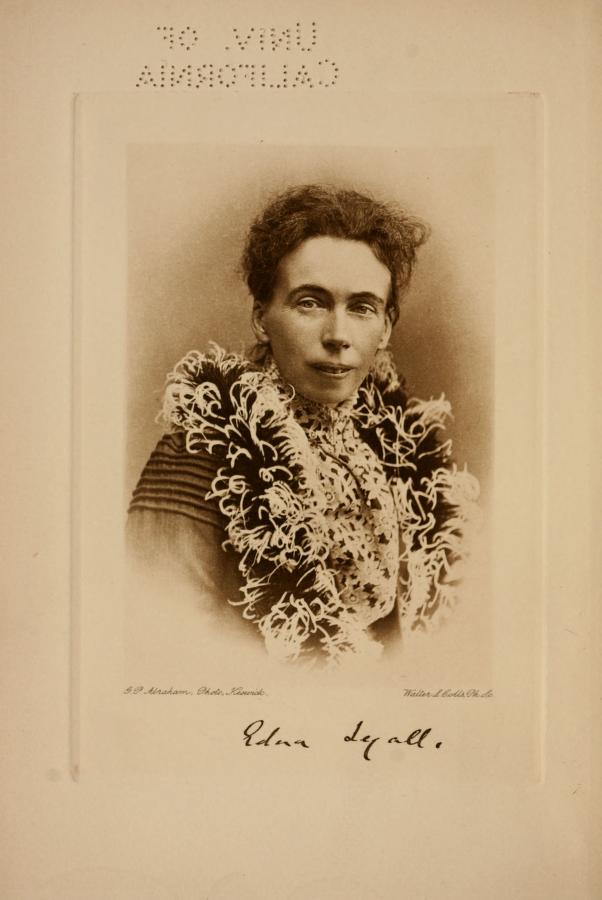 She wrote under the ‘pen name’ Edna Lyall (formed using letters from her 3 names) which was unusual at the time- female novelists normally wrote under a male pseudonym, this could have been a sign of her burgeoning feminist attitude. Part of her success was due to her practice of using characters form one novel in a different capacity for her next. Many of her novels offered interesting explorations of the writer’s creative process.
She was forced to reveal her true identity in 1886 when an imposter in Ceylon claimed to be Edna Lyall and to quash a rumour that she was incarcerated in a lunatic asylum.
1879, Won by Waiting
A story for girls and begun soon after she finished school
1882, Donovan
The book was published in 3 volumes and received mixed reviews of both good and scathing. She sent a copy to the prime minster of the time William Gladstone
1884, We Two, sequel of the former
This book was her first success, it was based on the life of Charles Bradlaugh, who was a social reformer and advocate of free thought.
1885, In the Golden Days
First novel to be written in Eastbourne. Most successful of her novels
1887, Autobiography of a Slander
Written on the back of claims that she was incarcerated in a lunatic asylum which was translated into several languages.
1890, Derrick Vaughan: novelist
Semi autobiographical
1894, To Right the Wrong, 3 vols
1894, Doreen: the story of a singer
Based on the Irish troubles and dedicated to W.E Gladstone
1896, The Autobiography of a Truth
Dealt with the Armenian cause and the royalties went to the Armenian Relief Fund.
1898, Hope the Hermit
A bestseller in the Lake District, and the later inspiration for Hugh Walpole’s Rogue Herries. Last book read to John Ruskin on his death bed
1902, The Burges Letters
Autobiography
1902, The Hinderers
Dealt with the second South African War

Ada is an inspiration in the sense that she followed her dream of becoming a writer no matter what obsticles were in her way, whether it being losing both her parents at a young age, facing health challenges or criticism for her works she carried on none the less. She seized all opportunities presented to her and had the support of her family (sisters, aunts etc.) which I can relate to. Despite being semi disabled most of her life she managed to write her novels and commit charitable, religious and political work. She seemed very down to earth and had a good sense of humour. 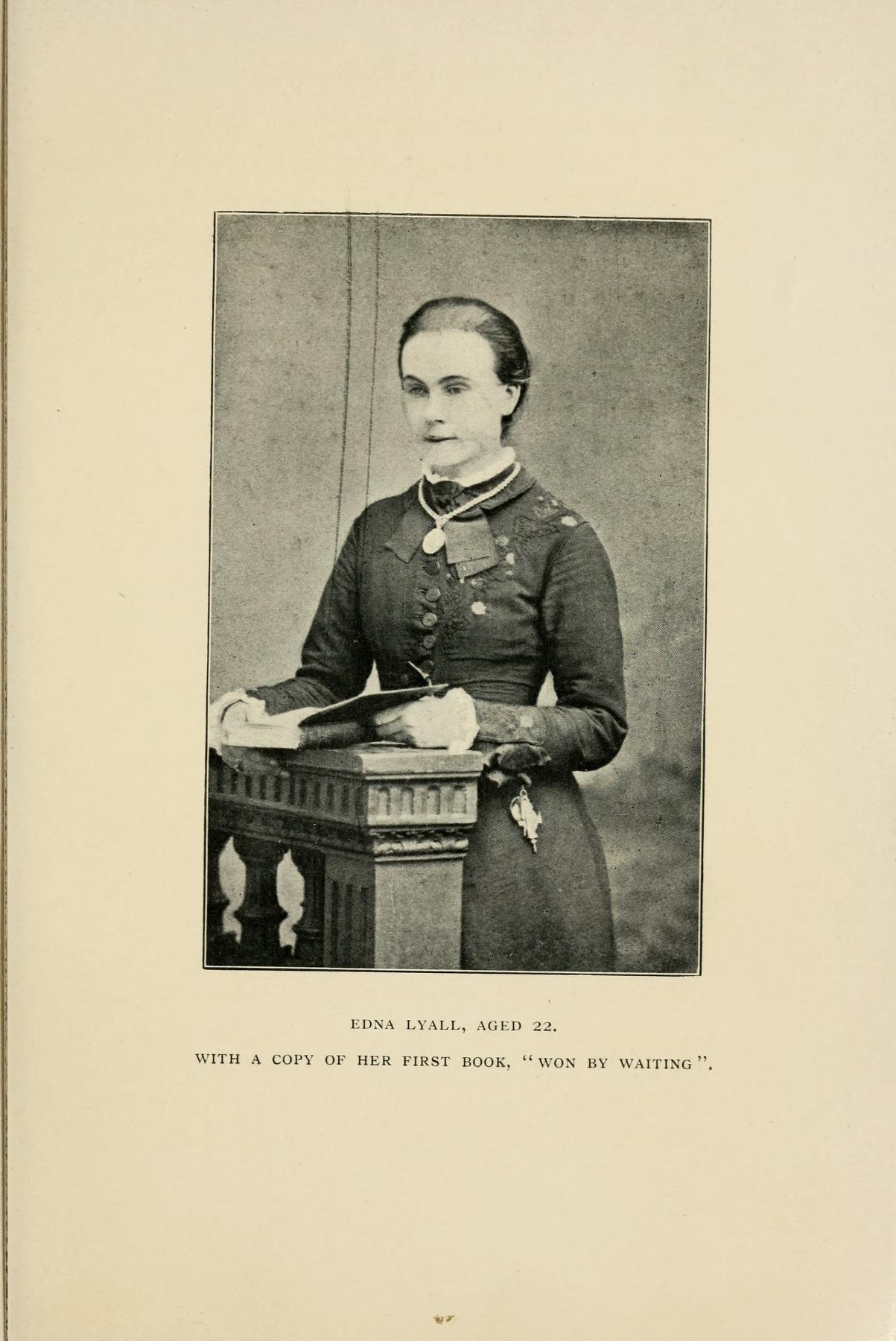 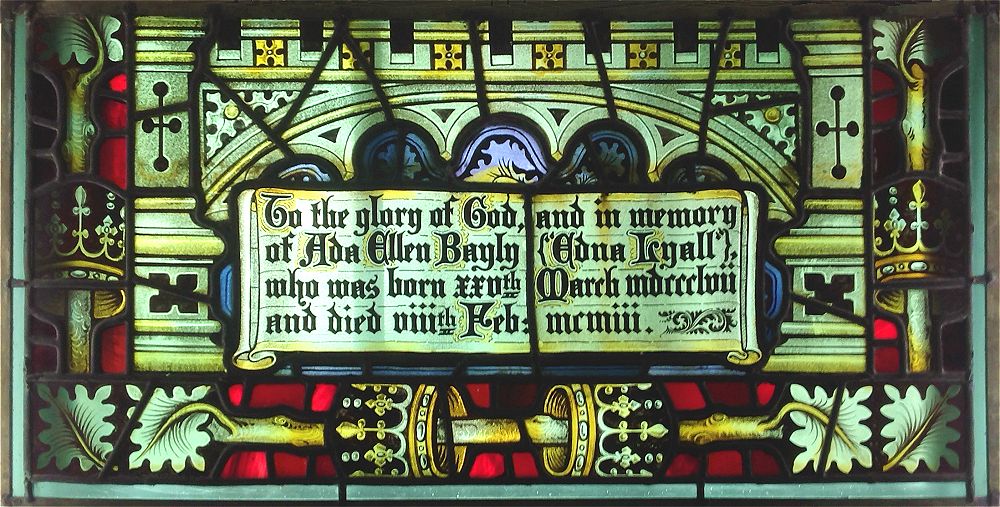 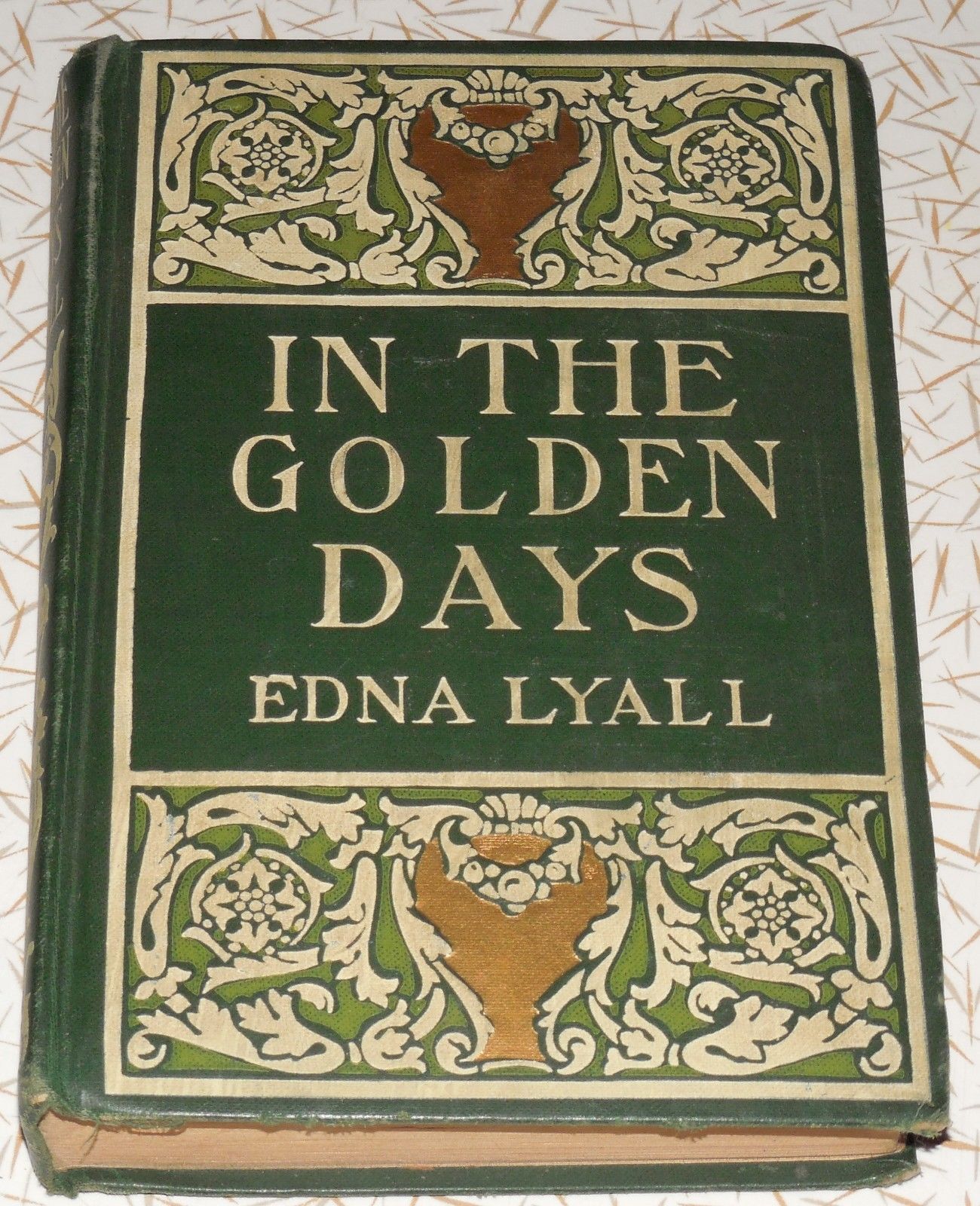