1940 - 1992
Angela Carter was a writer in the second half of the 20th century whose work dealt with areas of magical realism and adventure with undertones of feminism. Her work has received countless awards and she is often cited as one of the most important writers of her time.
She was born Angela Olive Stalker on 7th May 1940 at the maternity home in Hyde Gardens, Eastbourne.

Angela Olive Stalker was born on 7 May 1940 in the maternity home at 12 Hyde Gardens in Eastbourne. Only two weeks after Angela was born, British forces began their retreat from Dunkirk meaning the Southern coast of England swiflty became the front line of the war. London evacuated children, such as Angela and her older brother (and their parents) were ordered to return home. Angela was eventually evacuated to live with her maternal grandmother in South Yorkshire, before returning to London after the end of the war.

Angela Carter attended Streatham Hill and Clapham High School in South London during her teenage years where she developed a keen interest in studying English, writing many poems and prose throughout her time at school. She is remembered fondly by the school where unseen poems that she had written as a teenager in the school magazine were recently recovered from the school archives and a small memorial was set up in her memory. 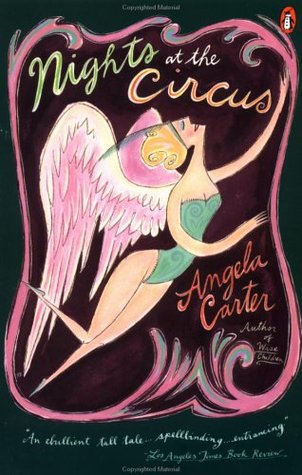 Angela Carter’s first writing position was a job as a reporter for the Croydon Advertiser before attending Univeristy of Bristol and gaining a degree in English Literature.

Her first marriage was to Paul Carter in 1960. Angela was nineteen when she married, and as well as being in love, the marriage can also be seen as an act of rebellion against her parents, particularily her father who had been so ambitious for her, with her whole career mapped out. She sought to escape the watchful presence of her parents that had invaded her childhood and so was pleased to move to London her new husband.

After nine years of marriage, Angela left her husband and went to Japan to live and write for two years, where she describes herself as having “learnt what it is to be a woman and became radicalised”. Her years in Japan helped her to form a stronger sense of her own identity and gave her space and the ability to write after spending years as not much more than “just a wife”.

She spent much of the late 1970s and 1980s as a writer at different universities around the world such as Brown unviersity, University of Adelaide and University of East Anglia. She married again in 1977 to Mark Pearce, and gave birth to a son. In 1979 she realised two of her most prolific works, The Bloody Chamber and her prominent essay The Sadiean Woman & the Ideology of Pornography.

Angela died in 1992 at the age of 51 as a result of lung cancer. She describes the last sixteen years as the happiest of her life with her partner Mark and their son, Alex, in South London, seeing friends and writing. In the weeks after her death Carter was elevated to ‘great-author status’ with her maintaining to this day a steadfast place in the contemporary canon as a pivotal writer that shaped the world around them.

Angela Carter published nine novels, along with many short fiction collections, essays, children’s books, poetry works and plays.
She has been the recipient of countless awards including the Cheltenham Festival Literary Prize for The Bloody Chamber and James Tait Memorial Prize for Nights at the Circus.
She was ranked 10th in ‘The Times’ list of ‘The 50 Greatest British Writers since 1945’ and was on the panel of judges for the 1983 Man Booker Prize.
Angela Carter is viewed as one of the most important writers of the 20th Century with her work being celebrated and studied around the world.

While Carter was a feminist, she had never had any intention of writing stories that would be viewed and studied primarily for their feminist messages. Nevertheless, she never hesitated to confront and attack sexism and grew resentful when men, including her friends Ian Mcewan and Salman Rushdie, were given many nominations, with little recognition given to their female contemporaries.
By chance of luck, I attended the same secondary school (Streatham and Clapham High School) as Carter and so already knew a bit about her life and work and also feel a special connection to the beginnings of her life, and her later residence in South London. Carter’s steadfast focus on cultivating her own opinions is inspiring. Her determination to be her own person, separate from partners or the influence of friends demonstrates her strength of spirit and resolute identity as a feminist, while not compromising her own personal femininity and romantic sensibilities. 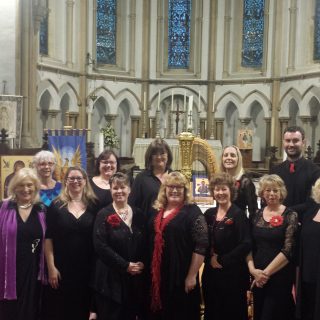